BACK INTO THE WILD 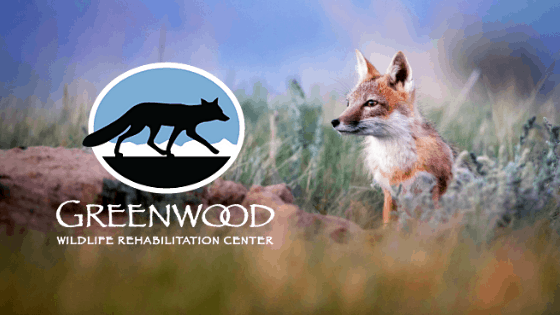 Executive director of Greenwood Wildlife Rehabilitation Center, Linda Tyler, has been with the organization during a large part of its growth. After having spent 42 years with Boulder County nonprofits, Linda has been with Greenwood for a little over 10 years.

“It’s such rewarding work that we do,” Linda said. “We have a veterinarian who is the only vet in Colorado who is also a wildlife rehabilitator and sees more difficult patients. The feeling of releasing a healed animal back into the wild is just unbelievable.”

“Last year we had a total of 583 volunteers and interns who donated more than 28,000 hours of time,” she added. “Although we deal mostly in animal care, there are fundraising events, our consignment shop and educational programs, too, that raise awareness of the wildlife-human interactions.”

The early years of the center began in 1982 when the Boulder Humane Society founded a wildlife rehabilitation center at their facility. Eventually, because of Boulder’s growth around the facility and the steady increase of animals brought in for care, the center relocated its operations to a north Longmont veterinarian’s office. It was seeing a steady yearly increase of 20-30 percent in injured, sick or orphaned animals being brought in. It incorporated in 1993 with the name Greenwood, after the center’s first rehabilitated raccoon.

Four years later, the center secured a lease for property along Highway 66 between Longmont and Lyons, from which it now operates in a state-of-the-arts facility, made possible by generous donations of businesses, organizations, and individuals.

Considered one of the largest wildlife rehab centers along the Front Range, Greenwood takes in and helps 3,600 animals representing more than 200 different wildlife species.

“Year-round, we have 18 part-time and full-time employees,” Linda said. “There are 30 seasonal staff during the busy season, which is March through October. That’s when babies are born, and 70 percent of the animals we help during those times are orphans.”

Linda added that they deal with what comes to them, but they are licensed to give help only to animals up to coyote size. They work with veterinarians to assess injuries and diagnose illnesses. Greenwood’s rehabilitators administer basic first aid and physical therapy. They have the important knowledge of the species they’re caring for, such as the  nutrition, behavior, caging consideration, natural history of the species and, of course, the dangers the animals might present to them.

The goal with all the animals in their care is to eventually returned them to their natural habitats. Sadly, those animals that are beyond hope when they arrive are euthanized in a humane manner. Some animals that recover, but are unable to return to the wild, are placed in educational facilities.

“Last year more than 7,000 children and adults participated in our education program,” Linda said. “We give presentations to schools, assisted living facilities and churches, to name a few. We  want to be the main place to go for any wildlife issues such as humane ways of discouraging animals, and walk people through what they consider nuisance animals.”

Rehabilitators can provide instructions on how to reunite wildlife families, and can suggest humane, long-term solutions when conflicts arise between humans and their wild neighbors.

“We want to be the main place to be for any wildlife issues,” she added. “When we aren’t able to help, we will know who you can contact for help.”

Linda said the Greenwood Wildlife Rehabilitation Center is open 24/7, and someone is always there between 9am and 4pm.

To learn more about Greenwood, visit their website at  www.greenwoodwildlife.org and read about all the wonderful things that they do and how you can help.