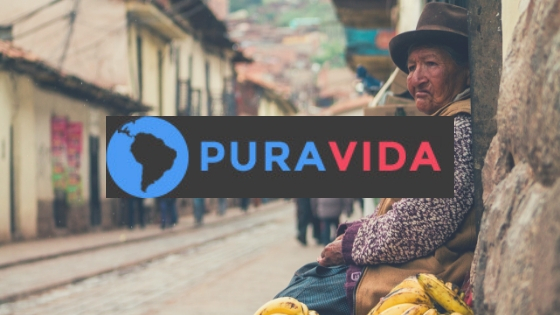 With every mission trip comes a new sense of purpose, a motivation to connect you to meaningful achievements and a closeness to those you serve.

For Darcy Palmer, her recently-completed Guatemala Insight Trip was just that. It was her third trip to that country through Pura Vida – meaning “pure life” – a non-profit that promotes health and education in primarily rural villages.

“On this trip we celebrated the graduations of students and made plans for the new school year,” Darcy explained. “We observed local staff and pastors as they interviewed and photographed potential new students.”

She further explained that Pura Vida supports children’s education, builds schools and helps students get the funding they need for education. Pastors, local teachers and the Guatemala staff identify those students they think will actually go through with their education, and who have the support of their families.

“Families have to be willing to support their children’s schooling rather than keeping them on the farm, providing manual labor,” Darcy said. “Both the potential students and their families must show the willingness to follow through and the ability to do well.”

Also on this trip, Darcy’s team checked out house building sites that were already completed.

“A family with eight children got the keys to their new house,” she said. “It was quite special.”

When going out to look at future home building sites, it can sometimes be challenging, Darcy said. They are scattered and quite remote. Occasionally, the road conditions require pulling a stuck vehicle out of a muddy ditch, or leaving the mission team with the alternative of walking into a site. Once there, the team analyzes the difficulty of getting materials there, where the foundation will go, and how to get the water needed to make cement.

“The first teams that do the actual building of houses will start coming in the spring,” Darcy said. “In the meantime, the local foreman will level the site and put in the foundation. Cement blocks and sand are delivered.”

The families themselves will have a lot of work to do, too. They are responsible for transporting the cement blocks, sand and other things needed to the site before the building team gets there.

“They haul everything by hand, by wheelbarrow or on their backs,” Darcy said. “They make a big commitment to have two small cinderblock rooms with a metal roof, a window and a door. But, it will be better than their old adobe house that won’t fare well during a rainy season, or harbors insects and mold that cause illnesses.”

Darcy and the team also revisited some of the houses that were built in the last two years to see how those families are doing. They were pleased to see that they took pride in their homes with their care and cleanliness.

Although Pura Vida is not officially associated with the Methodist Church, Darcy stated that most of the people on the mission trips are Methodist. She went on to say that Pura Vida works out wonderful relationships with the Guatemalan people and carefully selects where the teams stay. Pura Vida also knows and recommends the best restaurants, drivers and transportation.

“I feel strongly that this organization does charity really well,” Darcy said. “They are doing what the local people need to have done. The needs are immense, and Pura Vida has great common sense, great contacts and works really, really smart to make a difference.”

As was the case with Darcy’s previous trips, the Guatemalan people show great gratitude toward the mission teams, treating them like royalty. The recipients of the 2018 Guatemala Insight Trip’s mission efforts – and past years’ recipients – burst into tears as they thank them over and over. Such a response makes the work of Pura Vida and its missions well worth it.

Darcy extends an invitation for anyone who also wants to make a difference to join the teams in coming years.

“Some people are scared to travel to third world countries,” she added. “but you are perfectly safe.”

And the reward? Well, it’s priceless.

To watch a video Pura Vida made of the trip, go to https://vimeo.com/298705325. Our own Darcy Palmer has a couple brief cameos in the video.