Holidays by the numbers 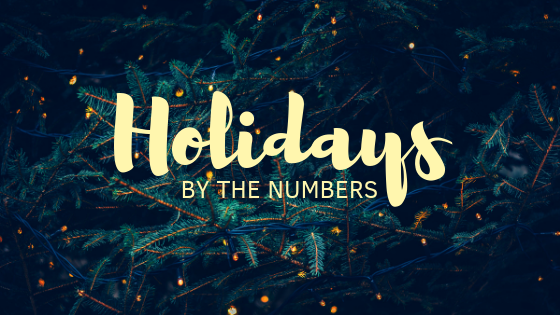 The holidays are a major source of some weird world records. Here are just a few:

The largest gathering of people wearing holiday sweaters is 3,473, recorded at the University of Kansas on December 19, 2015, when that many people wore brightly colored sweaters to the men’s basketball game against Montana.

The largest display of lit Christmas trees was recorded on November 2, 2015, when the Hallmark Channel lit 559 Christmas trees in New York City’s Herald Square. Now, imagine if no one bothered to take down these lights?

Jelly doughnuts are a traditional Hanukkah treat. The biggest pile of these delicious treats was recorded on the first night of Hanukkah of 1997, when a 12-foot high pyramid made of 6,400 jelly doughnuts (called “soufganiyot” in Hebrew) was erected near the Israeli town of Afula. Afterwards, the doughnuts were distributed to Israeli soldiers serving along the border with Lebanon.