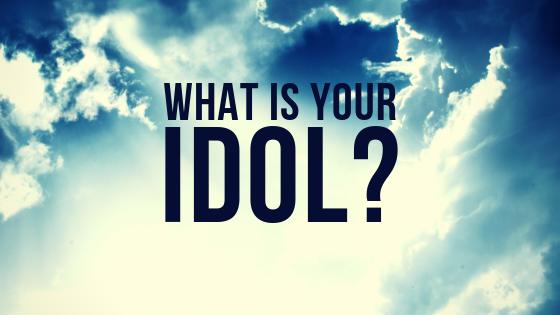 WHAT IS YOUR IDOL?

Hello, brothers and sisters in Christ.

I went back out to Sterling (Correctional Facility) Jan. 26th for a reunion time on the West side. The topic, “What Is Your Idol?” was chosen by the leading inmate, who read the above scripture to us. He then talked about it, how it related to him, and how it came in line with what he had gone through. Afterward, we broke down into small groups to discuss the topic.

In my group, we had three inmates and three volunteers. The inmates said their idols before coming into the prison had been drugs, alcohol and sex. Most commented that once they got away from all their idols and found God, they were released back into the society and back into their old neighborhoods. Satan would come back on them many times worse than before, and they would catch a bigger prison sentence than before.

It is said that sometimes you don’t learn the first time. The inmates said that when they returned to the prison system the second or third time, they realized that they needed to get right with God. It is then that they look back and realize what they’d done wrong.

I told them about the little rear view mirror that shows them where they are coming from, and to look out the big windshield to see what God has planned for them, if they so choose.

So, my question to you, and to myself, is “What is your idol?” Is it something that you may think is right, but is wrong, or is it what God wants us to do. And what will it take for God to get us on the right path as God did with Manasseh.

Until next time, blessings to you all.