Let Love Be The Gateway 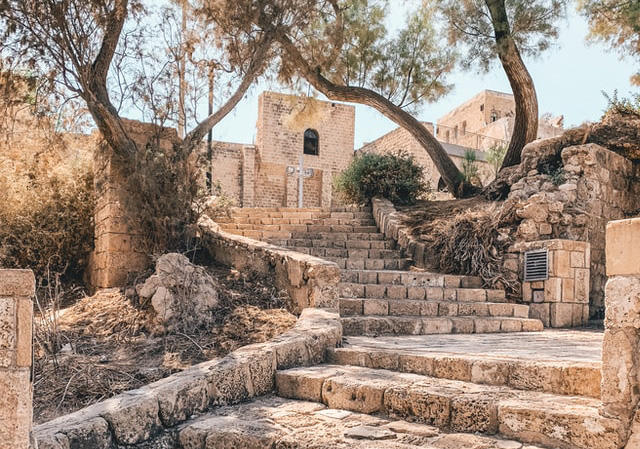 It was, perhaps, an ordinary day in Capernaum, or at least as ordinary as it could have been for someone who was the Son of God. Having only just returned to civilization after a notoriously arduous wilderness trek, it was time for Jesus to get to work. The Bible tells us that he was just settling in when he was approached by a Roman centurion– we can only speculate as to what He thought in that moment, but as a Jewish man being approached by a military occupier, one might imagine that even the Savior felt some apprehension.

We know, of course, that the man meant no harm, and that he wasn’t even there in his official capacity. Far from it, this pagan soldier from a foreign land had come to ask for help, because his favorite servant was sick and in agony. Jesus offered to go to him, but the centurion humbly declined, firm in his belief that if Jesus only willed the man to be healed, it would be so. Praising the centurion’s faith, Jesus told him to go home, it’s as good as done! So it was, and the rest, as they say, is history.

It would be easy to close the book there. But just who was this guy, and why am I telling this story now?

To answer the first question, let’s put the centurion back in the context of the time and place he comes from by taking a brief look into the past. The average American has a lot more in common with a typical Roman citizen than they might realize. While the Bible has formed many of our modern attitudes here in the western hemisphere, our centurion friend would have been guided by a pervasive sense of class-consciousness. Age, gender, citizenship, and social standing would have touched every aspect of his life, including what he ate, what he could wear, and even who and how he could love.

In those days, of course, “love” was understood somewhat differently. Love and desire, so often seen as separate or even in conflict in our times, were considered inextricably linked in much of the ancient world. Our centurion’s concept of sin had less to do with his feelings of attraction, or even the gender of those he might have felt attraction to, but more to do with how he expressed them, and whether they were in accordance with his place in society. While the former fact has led to the concept of ancient Rome as a permissive and sometimes debauched place, the latter tempers that imagining with a dose of reality.

One type of love that was permitted and even encouraged for men of social standing was that of a higher-ranking man and a lower-ranked one… yes, you see where this is going. In fact, Luke tells us that the centurion refers to his servant as “pais,” a Greek word of varied implications. It can mean a servant, a youth, or in some contexts, even a lover. And while it’s not evidence enough to say anything for certain, it wrenches the door open to a possibility not often talked about at the church pulpit: our centurion friend may very well have been gay.

There’s lots more to be said and argued on the point. Was it love? Was it lust? Certainly no #MeToo movement existed in the ancient world, and concepts of consent were iffy at best to a modern mind, even in non-Roman cultures, or even in typical by-the-book marriages. What we do know is that in the context of the times, it would have been understood as love, and that the possibility of such a relationship cannot be definitively dismissed.

And to finally answer my second question of why I’m telling this story now, it is because in the month of June of the year 2022–Pride Month, for LGBT+ people and their communities–I would say that this story, its intricacies and message, cannot be ignored. Queer love today exists in unambiguously equal partnerships. And yet even now, many LGBT+ individuals and their families are left to question whether an authentic relationship with Jesus is possible for them, whether there is respite and belonging to be found in His church, or whether God loves them at all.

Whatever is left to debate about our centurion friend, we know that he met Jesus of Nazareth in the streets that day in Capernaum, distressed but utterly certain that this was the man who could save a life that was precious and dear to him. We know that far from admonishing him, or naming conditions to be met before he offered healing, Jesus was “amazed” by the centurion’s faith. The Savior of All, amazed! Amazed by a man who was an invader, a pagan, and in this author’s opinion, very likely gay and not even subtle about the fact. He speaks to the crowds and praises the centurion, saying that it is faith like that which leads to salvation. All the rest is irrelevant in that moment, and a man is healed, without so much as a “go forth and sin no more.” An act of love moves a man to seek a miracle, and in his unconditional love, Jesus grants it.

As Pride Month 2022 draws to a close, let us remember that each generation, including Jesus’s own, has lived in unprecedented times. Differing ideas about gender, love, sexuality, and their “proper” expression were as common then as they are now, a part of the life of Jesus as much as any other human experience. Let us remember how Jesus responded when sought out in need and in heartfelt faith, and do likewise. Let love be the gateway to connection with Christ, not an obstacle to it. Let us be like the centurion, and amaze even the Lord with the ways that love moves us to deeper faith.

“Truly I tell you, I have not found anyone in Israel with such great faith. I say to you that many will come from the east and the west, and will take their places at the feast with Abraham, Isaac and Jacob in the kingdom of heaven.” –Matthew 8:10-11

Special thanks to Lenore Katz for sharing this article with us for Pride Month. Lenore is a queer freelance writer and artist based in Maine.