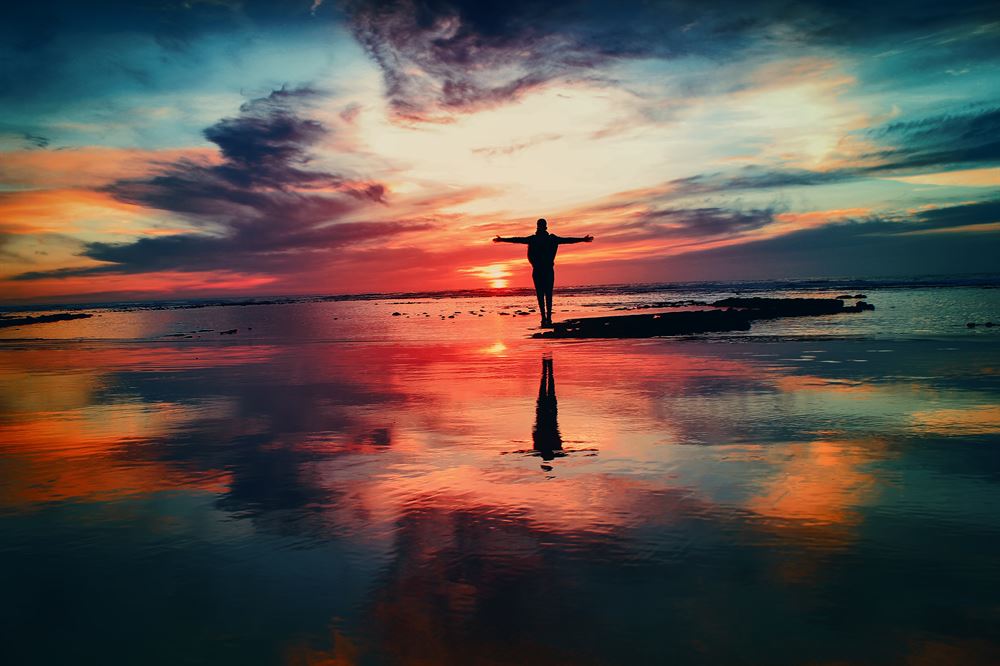 I hit the red button in front of me. A light bulb lit up and a buzzzz sound rang out.

My scholastic bowl coach, Ms. Lemon, had just asked the last question of our practice match. The score was tied. And I knew the answer. The question: “Who wrote Twenty Thousand Leagues Under the Sea?”

Mrs. Lemon called on me as I started laughing so hard I couldn’t get the name “Jules Verne” out.

As I was leaving practice, Ms. Lemon pulled me aside. “You lost that for your team,” she said, her voice shaking. “And I know why. Jules Verne made you think of Vern didn’t it?”

Everyone at my school knew Vern. He smelled. He wore big work boots and torn shirts every day. And he didn’t seem too bright. When Jules Verne came to mind, I was laughing at the idea of Vern writing a book.

I had no answer. Suddenly feeling hot and sweaty, I apologized to her and left. But one word stuck with me for days: unlovable. I kept thinking about all the people in my high school who did seem downright unlovable. There were strange outcasts like Vern. There were mean kids like Justin, the bully who always called me fat. And there were crabby, annoying people like those guys in my algebra study group who never agreed about anything. Clearly, I thought, all of these people are unlovable.

But as a Christian, I’m supposed to love them all.

Perhaps Jesus’ toughest teaching is to “love your neighbor as yourself” (Mark 12: 31, NIV). Sure, that seems easy enough—until you really think about what it means. He didn’t say “like” them. He said “love” them. And you don’t get to pick who your neighbor is. It’s everyone—from Vern to Justin to your little brother who shampoos your hair while you sleep. (OK, maybe only my brother did that.)

Were Jesus’ expectations too high? I mean, he never had to go to high school. If so, surely he’d know that it’s not so easy to love everybody.

Well, that’s a cool thing about Jesus. He wasn’t just God on High shouting down orders. He experienced what we experience. When he told us to live a certain way, it was coming from a guy who’d been there. He lived on Earth—and probably knew his share of Verns and Justins. And he had little brothers.

1) Everyone is created in God’s image. So if we are worthy of love, so is everyone else because of who made them. 2) Because of sin, we’re all really unlovable. But Christ changed the rules by offering love, grace and forgiveness (Romans 5:8). If God can love us, surely we can love those around us.

But how do we do it?

Recently, I heard a pastor give a sermon about John 13. It changed how I view treating the hard-to-like people around me.

Here’s the big thing the pastor said that blew my mind: At the Last Supper, Jesus was in the same room with a bunch of people about to betray him, deny him and desert him. And he knew it. Talk about hard-to like people. But what does Jesus do? “He got up from the meal, took off his outer clothing, and wrapped a towel around his waist. After that, he poured water into a basin and began to wash his disciples’ feet, drying them with the towel that was wrapped around him” (John 13:4-5, NIV).

Whoa. He’s surrounded by guys who don’t deserve his love or respect. And he washes their feet.

Right here, Jesus shows how to love the unlovables. It’s not to just tolerate them. Or just not make fun of them. Or to pretend you love them. Instead, we should serve them.

Here’s why: 1) Serving gives us an easy way to see how we should love. It’s not just some mushy, hard-to-grasp emotion, but an action. 2) Serving someone has a way of changing the way we see them. If you are continually looking out for a way to help someone, it’s very hard to think they’re worthless. It’s very hard to stay mad at them.

Of course, it’d be weird to whip out a towel and lather up a bully’s feet. But serving them starts with praying for them. And then look for opportunities. Maybe it’s holding a door open when someone is carrying his band instrument. Or spotting someone a quarter when she’s short for a soda.

I wish I could say that I helped Vern with math problems. Or helped Justin jump his car. But I didn’t. However, those regrets push me to make the choice to serve the Justins and Verns in my life now. And that’s exactly what it is: a choice. Galatians 5:13 puts it like this: “It is absolutely clear that God has called you to a free life. Just make sure that you don’t use this freedom as an excuse to do whatever you want … Rather, use your freedom to serve one another in love” (The Message).

By Todd Hertz, posted at https://www.christianitytoday.com/iyf/truelifestories/ithappenedtome/unlovable.html