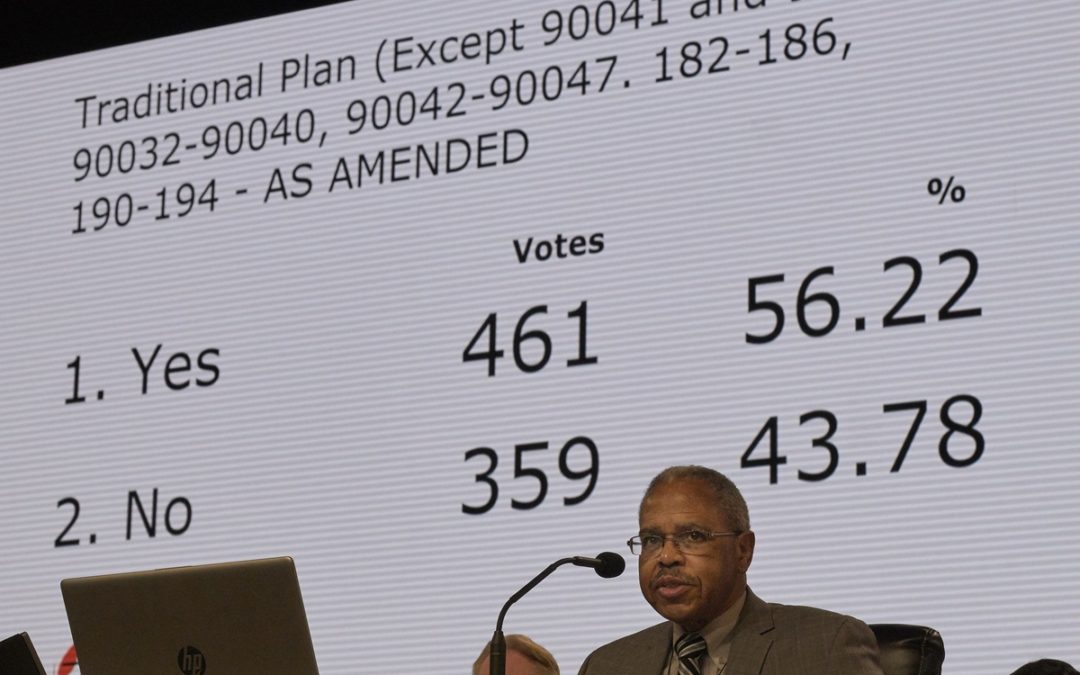 DENVER — The future of the Methodist church is up in the air after a controversial vote Tuesday, and a Denver pastor is speaking out.

The church voted to move forward to strengthen a plan that prohibits gay and lesbian clergy, and same-sex marriages.

A ban had already been in place for decades. We are told the latest vote tightens up the rules.

Most Methodist churches in the United States were okay with inclusion. However, that was not the case with other churches from around the world.

It’s the reason a sign went up at Highlands United Methodist Church in Denver. The sign, which included rainbow-colored hearts, said it was sorry for the church’s action.

The church’s pastor, Brad Laurvick, argued for inclusion at the church’s conference in St. Louis.

“Today was devastating for those of us who believe in a church that loves all people,” Laurvick said.

“I think the work that is to be done with people on the margins in all forms is desperately needed in this world that seems really, really broken. So, I’m just going to pursue an opportunity to do that work,” Armstrong said.

Many of the voting delegates were from foreign countries with values that are said to be more conservative and traditional.

“There is still a dominant belief that the marriage should be between a man a woman,” said Nestor Herrente, a pastor from the Philippines.

Another member told us she, too, is in favor of the ban, saying she’s doesn’t believe homosexual behaviors are acceptable.

“I was very disappointed, but not surprised. We’re kind of in a protective bubble. We’ve really been very inclusive and loving towards all people,” McDermott said.

We reached out to the church’s openly gay bishop out of Denver. She is attending the conference and we have not yet heard back from her.

Some of the big questions: What happens to gay clergy and those who continue performing same-sex marriages?

The Methodist churches here in the West say they remain committed to full inclusion.