There’s Room for Everyone 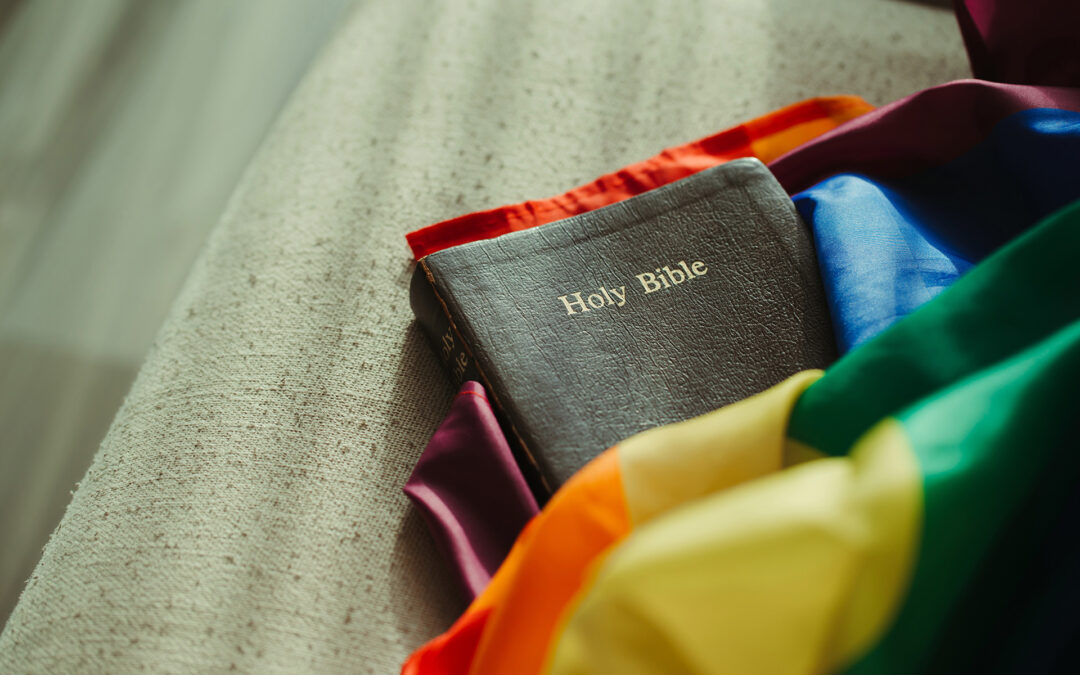 For many church-going people, their church community is like a second home, a second family, full of friends they have known for a long time, maybe even grew up with. The friendship and love that binds the community together is warm and supportive and many would not know what to do without it. Unfortunately, for many LGBTQIA+ individuals this isn’t the case.

It’s probably difficult for someone who’s only seen the welcoming and warm side of church communities, who hasn’t felt the pressure to conform to a certain way of being, or find a place they fit within the community, to understand the pain that some LGBTQ+ individuals have experienced from the communities they belonged to. There are many ways this pain can be caused (which we will not go into here) but it can be overt or subtle, and the rejection may cause some individuals to leave the church altogether. For those that don’t leave, there is always the looming specter of “judgy” and “exclusive” Christians.

This may feel sad and painful to read, that something that should be a place of love, support, and joy, could cause others pain and grief which may last for years.

How can one’s own church community be more welcoming to LGBTQ+ people? The truth is, there is no “one-size-fits-all” solution. A group is not a monolith, and different people will have had different experiences and different feelings about church and God and the Bible. A good place to begin is understanding where some may be coming from and recalibrating one’s own thoughts and ideas to make room for new understandings. 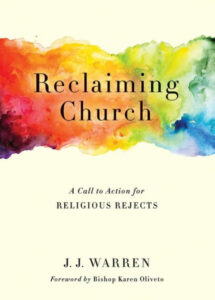 Reclaiming Church is a book that can help with that understanding and recalibration. Published in 2020 by Abingdon Press, Reclaiming Church is author J.J. Warren’s call to reaffirm that the Church should be welcoming to everyone, including those who “didn’t know God could love them because their churches said God didn’t”. Its audience may be queer folks, but there is a lot here that cis, straight folks can take from it.

Warren wrote the book following his speech at the Special Session of the General Conference in February 2019, where “the role of queer United Methodists in the life and ministry of the denomination” would be decided. Despite the work and words of many, including Warren, the delegates voted to restrict queer people within the denomination. Warren writes:

But I know that one speech doesn’t turn the tide of religious culture, and that one person isn’t a movement. The truth is, the only reason I was able to be there [at the General Conference] is because people have been working for decades to reclaim the whole idea of church—to make it a place where queer people and people of color and immigrants and the differently abled can find refuge and a home.

Within the book, Warren addresses the (mis)conception of God and the “clobber verses”, so called because these passages from the Bible are the go-to verses “exclusive Christians” use like cudgels against queer and trans folks.

“Many of us have grown up with images, almost like cold marble statues, of who God is, and these statues cause us pain,” Warren writes. In the first chapter, he asks the reader to consider the “traditional” version of God, handed down across the years–the angry, macho white dude who has a plan and you better not deviate from it—and deconstruct it, in dialogue with passages from the Bible. He uses She/Her and They/Them pronouns for God (and He/Him for Jesus, who, as far as we know, identified as a man), and asks the reader to consider the use of different pronouns and how, though it might seem strange, it may open up different avenues of thought, including, but not limited to, in God’s dimension as nurturer.

In the second chapter, Warren more closely examines the clobber verses and where they come from. “It’s not so easy to say ‘The Bible tells me so’ when we’re dealing with a collection of books that has been edited, translated, and compiled over thousands of years,” he writes. To fully engage with the Bible as the central text of Christian faith, one must be aware of the original contexts of the text and the various choices translators over the centuries have made. For example, the word “sodomy” doesn’t exist before the early 1000s CE, but you will find translations of Augustine that use the word, though Augustine lived 354-430 CE. The story of Sodom and Gomorrah is a favorite clobber passage, but, in fact, the sins of those cities weren’t “homosexuality” and “sodomy” but “pride, excess of food, and prosperous ease” and they “did not aid the poor and needy” (Ezekiel 16:49).

Despite being a short book, this is only a drop in the bucket of information Warren provides his audience and consideration he asks of them. Exploring these ideas, and one’s relationship to them, is an “exciting and personal journey”, and the hope of this book is that exploration can be done in safety.

For those of us in the LGBTQ+ community, our lives can feel like we’re wearing an awkward airplane costume. Sometimes, our families, church communities, and school friends even construct costumes for us. They have a certain image of who they hope we’ll become, and sometimes we start to internalize their expectations and strap on their costume ourselves.

It’s an excellent analogy. Room should be made for everyone, giving them space to be who they are—without masks or costumes—and making that space also means being open to the perspectives and experiences of others, listening with an open heart and an open mind.

Love and understanding are the strongest foundation upon which to build a community. Cornerstones of tradition, the “way it’s always been”, and misconceptions about God and scripture might need to be shifted or replaced, but doing so will make a warm and welcoming place for LGBTQIA+ folks and people from all walks of life to find the community and second home others have enjoyed.

Devon (they/them) is a queer, nonbinary writer and manages digital content at Heart of Longmont.